A row of closets in an estate can be both intimidating and exciting. When you buy in bulk, you sometimes have to take the good with the bad.  I packed three closets' worth of 1980s clothing into my car, intending to donate the majority of it and wholesale a few good pieces. These closets were filled with an incredible sense of style and taste. It was subtle, and the closer I looked, the more I noticed it. It transported me back to high school. 1984 to 1987. Esprit, Benetton, and La Chateau were all favorites of mine.   Sonia Rykiel was higher end and a bit more grown-up than these labels.  I saw the same kind of 80's fun and whimsy as I started to sort.  The quality of knits were amazing and stylish.  I had to find out more about her.

Her first shop opened on the Left Bank in Paris in 1968 thanks to her invention of the "Poor Boy" Sweater. A soft body hugging sweater with higher armholes to make you look taller and leaner.  It made the cover of French Elle. In 1972, Rykiel was dubbed "Queen of Knits" by Women's Wear Daily.

She was French. In every way possible. Design, attitude, and style. She made a significant contribution to French fashion. She was daring, much like Coco Chanel, and was frequently compared to her. She wore her own clothes but limited herself to a few colors to keep things simple. Her signature hairstyle had always been a bright red Bob. She was also close to Karl Lagerfeld. I wasn't sure if Karl was the type to have good friends, but she was one of them.

As I went through,  I was impressed how current the whole collection was. The majority of the pieces are from the late 1980's early 1990's.    The original owner of the pieces was a big fan.  There are some great handbags and even earrings by Rykiel.

Sonia Rykiel passed away in 2016 due to complications of Parkinson's.   She made her mark in design.  I think that will be more and more apparent as time goes by.

Enjoy some of the pieces below!

Nashville Vintage Clothing and Jewelry is coming in February! 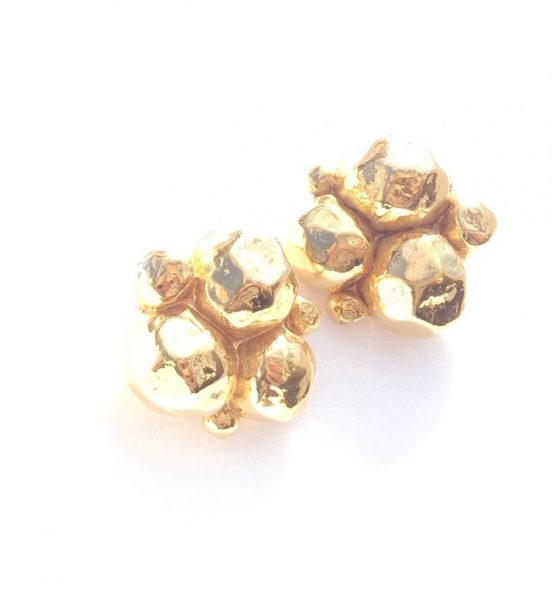